Chairman Matt Rinaldi represented northwest Dallas County in the Texas Legislature from 2015 to 2019. During his time in office, Rinaldi was consistently rated among the top two most conservative members of the House by Rice University, Texans for Fiscal Responsibility, Young Conservatives of Texas and Texas Eagle Forum.

Rinaldi was, according to the Dallas Morning News, “instrumental in strengthening the punishments in the sanctuary cities ban,” and authored and passed into law measures that:

He served as the Pro-Life Whip for Texas Right to Life in 2017.

Chairman Rinaldi earned his Juris Doctor with honors from Boston University School of Law and a Bachelor of Business Administration in Economics from James Madison University. Matt attends St. Ann’s Catholic Parish in Coppell with his wife, Corley, and son, Rush.

Mark Your Calendar for Upcoming Events

March 8th – Marc Moffit: how properties are appraised and how to dispute your property taxes

We are looking for ways to continue to grow our club and would love to hear your thoughts and suggestions.  We are in need of folks that would like to help serve on our board and planning committee for next year.  Reach out to me for any suggestions or ideas you have.  [email protected]

An Irishman’s take on American exceptionalism. Jonathon Dunne explores the “idea” of America and self-evident principles from this nation’s founding documents.

Lathan Watts is the Director of Public Affairs for First Liberty Institute, responsible for all efforts to increase First Liberty Institute’s profile in local and national markets. His focus is on expanding public awareness of First Liberty’s mission, legal matters, and educational projects by coordinating communication with community leaders, influencers, policy makers, and the public at large.

To see Lathan’s talk on June 8th, click on the buttons below: 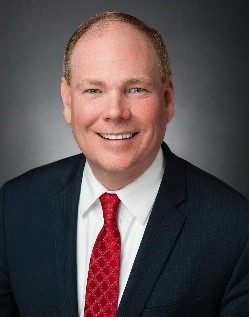 Judge Eads has served on the Denton County Commissioners Court since 2007. On January 1st, 2019, he became County Judge. Previously he served Denton County as Commissioner for Precinct 4. He has focused on cutting taxes while at the same time addressing the increasing demands of one of the fastest growing counties in Texas.
Judge Eads is the past Chairman of the Regional Transportation Council (RTC) for the DFW region. He has served on the Council for more than ten years. Civic leadership and actively fostering relationships with the non-profits in Denton County is one of Judge Eads’ highest priorities.
Judge Eads began his public service career in the Town of Addison where he researced and authored the book “Addison, Texas: A Pictorial History.” He is a native Texan and fifth generation resident of Denton County. He received his BBA from Howard Payne University and his Master of Public Administration from the University of North Texas. 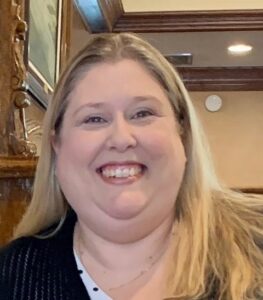 Direct Action Texas (DAT) is the leading election integrity watchdog organization in the state. Over the past 5 years Christine has researched election fraud in 9 counties and DAT has filed formal complaints to the Secretary of State in 7 of those counties, resulting in investigations by the Office of the Attorney General. DAT was instrumental in passing election reform in 2017 and continues to champion crucial reforms in the legislature. Christine has worked closely with Elections Administrators, elected officials, and active citizens to educate, activate, and improve election integrity in Texas. The focus of DAT began with mail-in ballot harvesting but it has now expanded to all forms of election fraud.

Jeff Younger fights to stop his ex-wife from transitioning his eight-year-old son to a girl. Not only have Texas courts done nothing to protect an innocent boy, the court-ordered psychologist recommended the then six-year-old boy be medically, chemically, and socially transitioned to a girl.

Despite evidence showing the boy has no gender dysphoria and prefers being a boy, the courts allowed the ex-wife to keep primary custody. Mr.  Younger continues the fight for his son. The courts need legislative guidance on transgender child abuse, for Mr. Younger’s son, and many children like him.

Mr. Younger fights to stop transgender child abuse in the courts, in the legislature, and in the public discourse. After many battles, he has developed well-supported conjectures about how the Left achieves victory in and out of the Republican Party.

1) New ways to stay informed on the Texas Legislative Session add to the Resources page here.

2) Get the latest communications here.

Two principles: (1) Radical skepticism exists about whether truth (objective knowledge) can be known. Rather, a commitment is made to ‘cultural constructivism’. That is, whatever it is we call truth is nothing more than a construct of the culture. One exception, however, is the recognition that our identity is by social groups; and, oppression exists based on these groups. This is treated as a known truth. (2) Politics:  Society is formed of systems of power and hierarchies, which decides what can be known and how it can be known.

Four key themes of postmodern thought: (1) Blurring of boundaries.  Distinctions and categories like ‘male’ and ‘female’ don’t exist. The emphasis is on fluidity, ambiguity, and indefinability.  (2) Power of language.  Words are both powerful and dangerous, resulting in verbal violence, microaggressions, triggering, and a need for safe spaces. (3) Cultural relativism.  The West is the pinnacle example of an oppressive power structure in terms of both (a) how knowledge is produced, recognized, and taught and (b) its adoption of moral principles. (4) Loss of the individual and the universal.  The focus is on identity categories and identity politics. This means that the individual and what is assumed to be universal is devalued. The ‘individual’ in applied postmodernism is something like the sum total of the identity groups to which a person belongs.   — The above was adapted from the book Cynical Theories, by Helen Pluckrose and James Lindsay, Pitchstone Publishing, 2020, pp 59-61.