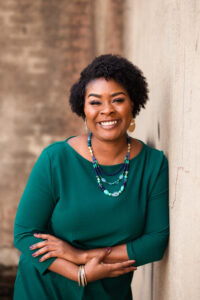 Born in Georgia, raised and groomed in Texas, Paige’s career has been supported by numerous public educators and servant leaders. She is the product of public education. Once a vulnerable, young girl, Paige understands the needs of those in our community, including BIPOC, economically disadvantaged students, single parents, and working-class families.

Adopted to a family of working parents struggling to make ends meet, she overcame poverty and homelessness. Her family filled her with love, religious values, and principles to treat all with the utmost respect. In a working family of housekeepers, she helped from a very young age after school by cleaning homes. At the young age of 15, Paige was labeled as non-University material. Her senior year, Paige found herself homeless, a teacher and role model that believed in her drove her to school each day and was essential in her graduating high school.

Paige Dixon’s story is one of perseverance and resilience. From a young age, she learned to overcome the odds and to have faith. She went from traveling 14 miles to go to school, from her one traffic light rural town, to traveling the globe where she served two tours of combat duty in Iraq in the Army. Paige received her bachelor’s degree, in preparation for life after the uniform, at Dallas Baptist University.  Paige has great pride in knowing she beat the odds to become a first-generation graduate, paving the road for her progeny. With this position, she sees an opportunity to pay it forward.

Paige Dixon is a single mother of two boys that attend Lewisville ISD. Her oldest son is a freshman at Harmon High School and her youngest attends Rockbrook Elementary as a 5th grader. She has spent a considerable amount of time supporting Title 1 schools and different challenges her son’s institutions have faced all these years. She was the president of the PTA where she accomplished a successful tenure. When she began her tenure as the president, she was handed the money the organization had in a plastic bag with only $82 and some change. She worked with her team to raise 10K the first year. The PTA helped support the short budget the school faced and inherited the load away from the working parents of the community. After two years of holding the PTA president position, she is now the Advocacy Chair for the Lewisville ISD Council of PTAs. Her charismatic personality and contagious empathy have gained her the support of many. She has used and continues to use these abilities to bring complex issues to the table of discussion and guide conflict through resolution.

Paige, after so many requests and with the conviction of helping bring to resolutions those issues for the most vulnerable groups in our district, has decided to run as a candidate for the Lewisville ISD School Board.