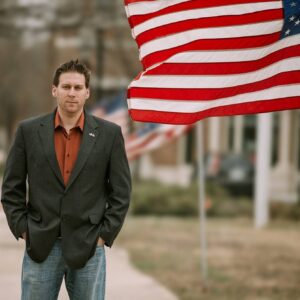 Itamar Gelbman was born in the United States of America. When he was a child his parents moved to Israel.

Gelbman started his Bachelor of Science degree at the age of 16. He completed his degree with a double major in Business Management and Computer Science in Israel.

Gelbman comes from fighting stock. All four of his grandparents survived the Nazi death camps during WWII. Both his parents and his older brother served in the Army.

He moved back to the United States and shortly after founded his first of several businesses.

He founded Gelbman International, a security and bodyguarding company that has provided bodyguarding services and security consulting for high-profile clientele, including Will Smith, Britney Spears, Gary Sinise Condoleezza Rice. After closing the company in 2018, Gelbman focused on investing in local businesses and startup tech companies, volunteering in many organizations to support severely wounded soldiers, and mentoring young business entrepreneurs.

Gelbman served on the Flower Mound town council between 2015 and 2017. As a council-member, he sponsored one of the toughest anti-sex offender ordinances in Texas. Gelbman also voted against expanding Eminent Domain and advocated for Zero Budgeting and for lowering property taxes.

While serving on the town council, Gelbman worked to get a local double-amputee Purple Heart recipient a free smart home through the Gary Sinise Foundation.

In his spare time, he enjoys flying (Private Pilot), hiking, and kayaking.

He is married to Charisse, a local veterinarian surgeon. They live in Flower Mound with their four kids, two dogs, miniatures donkeys, and pigmy goats.